When visiting our friends in Kelowna who have 3 well-behaved Border Collies, we started considering getting a Border Collie. I had some reservations, for Border Collies are very active, and require a lot of your time, or they can make your life miserable. 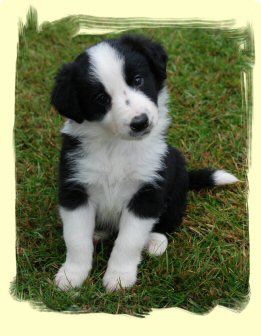 I decided to talk to our friends in Kelowna again and they said they spent a fair bit of time with their dogs, but it was manageable. So we decided that we would get a Border Collie. I found an ad in the Buy & Sell for eight Border Collie puppies that were in Armstrong, I made arrangements to see them, as we were going up to Kelowna for the weekend.

In Armstrong, what we found was 8 little bundles of black and white fur. I picked the one I liked and Sharon picked the one she liked. Now it was decision time, well the puppies made that easy for us for the one I was holding just wanted back into the pen with the other puppies, while the puppy that Sharon had, cuddled right up to her, and Sharon made it clear that this was the puppy we were keeping. The drive home was glorious; for our puppy was just an angel with hardly a whimper all the way home to Coquitlam. We thought! “Boy did we ever pick a great puppy”. Well it didn’t take long for our Angel from Armstrong to be come the Devil from Coquitlam.

Zoey started to chew on every thing. She also started herding Sharon by biting at her heals, and the more Sharon disciplined Zoey the more she barked back at Sharon. Zoey also started to take great pride in digging holes in the backyard, and when you disciplined her, she would just run away and started to dig another hole. When walking Zoey she would continually chase and chew on the leash, and she would have to stop as every tree and pole for a smell. When we had company over Zoey insisted on chewing their feet and hands and just being a general nuisance.

We finally had had enough of the Devil from Coquitlam. So I started searching for obedience classes, and I found the “Sit Happens” web site. After reading the testimonials I decided to give them a call. When I talked to Jeff, I found him very accommodating to fit our schedule. When Sit Happens came over they gave us a demonstration with one of her dogs, while the other dog sat quietly in the car. We were so impressed with their dogs and the promise that she could cure Zoey of her bad habits after just one or two sessions, that we signed up immediately.

Sit Happens promises about curing Zoey’s bad habits were all upheld, for after just one session, Zoey was more 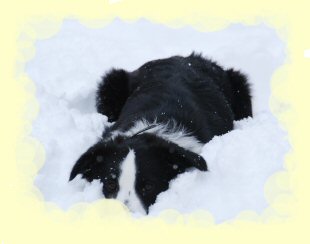 obedient, she stopped herding Sharon, and started to come when she was called. Walks with her became more pleasant,as we were not stopping at everything that smelt like a dog.

Sharon and Zoey can now play together and enjoy each others company. Now, Zoey always heals when she is taken for a walk. No matter if it is around the neighbourhood, on trails or in crowded markets. Zoey even gets invited into our bank, and she immediately becomes the centre of attraction, and amazement at how will she behaves. Zoey also received a great compliment when she last visited her vet, for he said that she was the best-behaved Border Collie that he has ever treated.

I also have to add that I just had a house full of people, one of which was a 1 year old baby and Zoey was so well behaved and gentle with the baby and all of the guest that they were saying, they wanted me to come over and train their dogs. 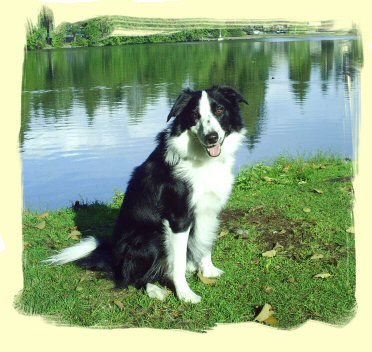 myself. You have shown me how enjoyable it is to have a well trained dog, for no matter where I go, friends and strangers are always complimenting Zoey on how well she behaves.

Zoey the Angel from Coquitlam, Sharon, and I want to thank you all very much.