Shilo, a chocolate brown standard poodle moved into our home at 8 weeks of age, in November of 2006.

As a bonus, her sister Paris arrived with her as a foster dog. Paris would remain with us for two years and would then return to the breeder.

The two pups were great company for each other, whether it was playing or getting into mischief. As they reached 7 months of age, it became evident that some training was in order to curb all their energy. Our dog breeder referred us to Jeff and Sit Happens. The process was simple. One phone call, Jeff arrived at our home at our convenience, he did a quick demonstration in front of our home with us handling our dogs under his instructions, while his dog sat on the sidelines – off leash – under total control.

He explained his training methods, how park sessions worked and the concept that this training lasts for the life of the dog. How could a program like that NOT work? We signed on. Jeff came out and did a couple more sessions at our home.

We felt that we knew the basics. Early on we were learning that this whole process was weighted on the side of teaching us humans this new language for communicating with our dogs. When we do what we are supposed to, the dogs learn their part fairly easily. Our two pups progressed quickly with all the commands that we were shown. Because of that progress, the distance to park sessions from Langley and time constraints in general, we did not choose to attend the park sessions for over a year. Then Paris left us to return to the breeder.

Shilo was a bit lost. Her 24-7 pal was gone. We decided that park sessions might now be in order. We wanted to give Shilo the opportunity to experience the other dogs, new people, training with distractions – things to help her forget about her sister. 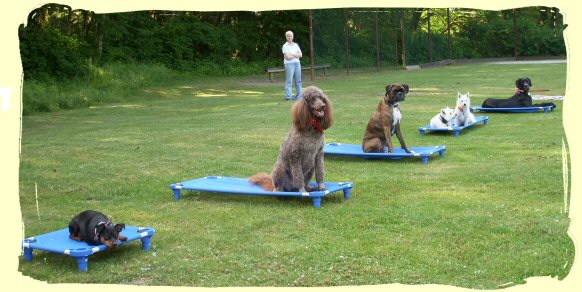 We should have been doing the park sessions from the beginning. Again, it’s as much about what the humans learn there, as the dogs. Following commands with the extra distractions is great for the dogs. We got to practice in a new environment, learn new training routines, and learn about things that other dog owners were dealing with that we could take advantage of.

We are very happy with Shilo’s progress so far. With previous dogs that we have raised, we always felt helpless when they decided not to listen and ‘high-tailed-it’ after someone or something. Now that does not 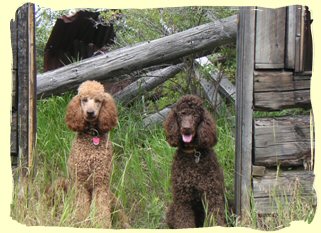 happen – or at least when it does we can get Shilo back under command quickly. And because dogs develop new habits as time goes along we know we will always be able to get the advice we need down the road.