Roxy first came to us on our son’s 6th birthday. She was cute and cuddly and quiet, what we thought was the perfect dog for our family. She went everywhere with us, to the soccer games, baseball, people’s houses for visits, car rides, etc. and everything was fine. She listened when we told her to come, stay, and sit and for the first year I never even had her on a leash.

Then, when she was about a year and a half, something ‘snapped’ in her. She was no longer this cute and friendly dog we had come to love. Instead, she was not obeying any commands, she would bark at anything that moved (or didn’t move), she would attack bigger dogs and go crazy around them, and once, she even bit a little boy that bent down to pet her. 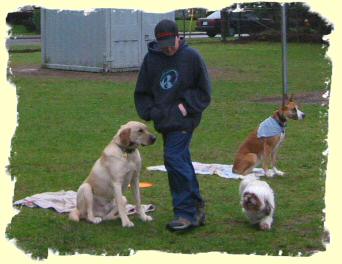 Roxy got so bad that I stopped taking her anywhere, including walks, as it was just too embarrassing that I could not control my own little dog. If I walked her at all, it was at night so I wouldn’t run into anyone. My neighbors hated her because all she ever did was bark and try to attack them and she wouldn’t let up.

I was at my wit’s end and my husband even insisted I have her put down. I changed her diet, tried working with her even harder, and even put her on ‘puppy prozac’ to calm her down, but nothing was doing it. I took her to the vet to discuss what else we could try short of putting her to sleep, and it was there that I found the pamphlet for ‘Sit Happens’.

I read the info on Jeff’s program, and some of the testimonials, and was of course skeptical that anyone could train my dog that quickly and effectively as the pamphlet suggested, so I called Jeff and explained that I had the untrainable dog and insisted there was no way she could be trained or controlled. 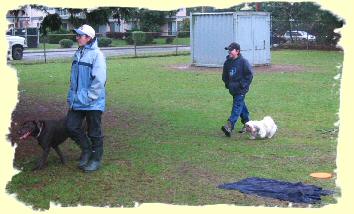 After listening to Jeff and his offer to come and meet Roxy and demonstrate how they specialize in the untrainable dog, I agreed, but still insisted he was wasting his time.

Boy was I wrong about him and his program! After ten minutes, my dog was behaving again. I was amazed and ecstatic that I had finally found the right program and the right person in Jeff to help me with my dog. We now meet whenever we can in public parks to enforce what we have learned and allow Roxy to interact with other dogs, big and small.

By the third lesson in the park Roxy was off-leash training and weaving in and out of dogs as if they weren’t even there. I can’t thank Jeff enough for the care and determination he showed that the untrainable dog can be trained. 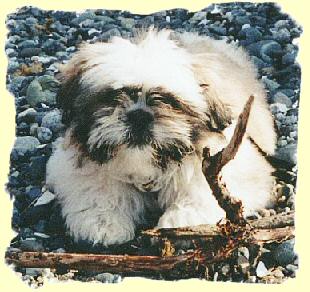 We now have a loveable, quiet and obedient dog in Roxy and are enjoying her as part of our family as it is supposed to be.
Thank you Jeff!!!!