Rocky was just 6 weeks old when I received him as a birthday present.

He was cute, cuddly and very attentive.

Little did I know that my cute puppy would turn out to be a devil. At 8 weeks of age Rocky started to nip and go into attack mode but we just thought he would eventually grow out of it. He would grab our arm and ankle with his teeth and bite down.

Rocky was attacked by 2 different dogs within a short time frame which really set us back.

As time went on Rocky grew bigger and stronger. He started pulling, leaping and barking aggressively towards other dogs. We couldn’t walk him near other dogs because he would try to attack them. As soon as we saw other dogs we would turn around and go the other way just to avoid the hassle. Rocky would go into defense mode when anyone tried to approach or pass by us. 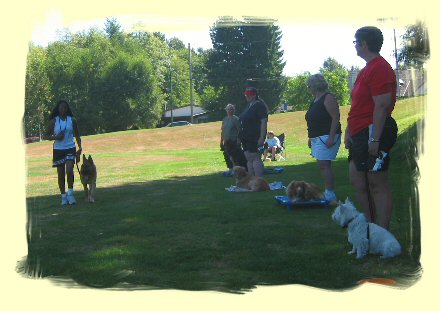 We took Rocky to three different obedience classes which he did pass but only because the classes were indoors. As soon as we got outdoors he was back to his old ways. His choker chain wouldn’t even stop him from trying to attack other dogs. I was so frustrated with Rocky that I thought he may be better off with an experienced owner. 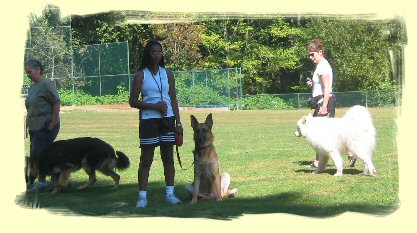 One day my vet gave me a brochure for Sit Happens. I gave Jeff a call to arrange a free consultation. 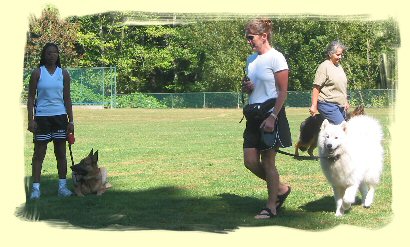 Jeff’s method was so effective that he had Rocky heeling and sitting right beside him within the first 5 minutes of meeting him. My sister and I were so shocked because we thought Rocky was a non-trainable dog. At this point we surely didn’t have anything to lose and plus Jeff was our last resort.

Rocky now comes, sits and heels beside us on command. No more yanking on the leash, shouting or choker chains. Now we go for long walks without having to avoid other dogs. We have had so many compliments on how well behaved our dog is. The dog owners that were frightened of Rocky even compliments us on how much Rocky has changed within the last few months. Jeff’s method has helped my sister and I control Rocky in situations where we were not able to before. 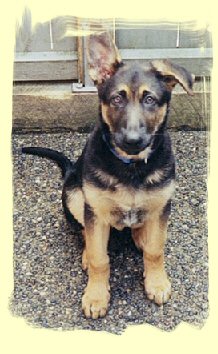 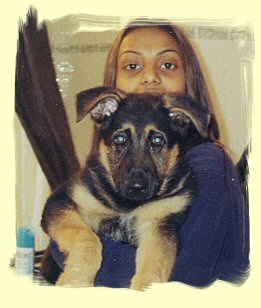 We are so thankful that we were able to find a real dog trainer!
Thanks to Jeff for making this all possible.