Ah, but looks can be deceiving. The fact is that Poe suffers from a severe case of “small man syndrome,” or in his case, “small dog syndrome.”

I don’t remember when he changed from adorable puppy to self made tough guy. But taking Poe for a walk became more and more of a challenge, AND more of an embarrassment. 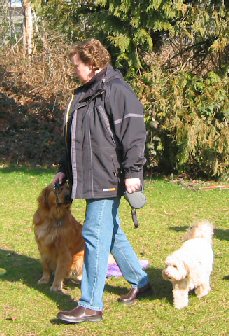 Whenever we encountered another dog that Poe didn’t particularly care for or worse yet, a stranger – all hell would break loose. He would launch into a tirade that could raise the dead, pulling on his leash nearly to the point of choking himself. A couple of times he actually broke out of his harness and charged at the other dogs creating an ugly scene that would bring people out of their doors checking to see if everyone was all right.

He even tried taking on the guide dog for a blind neighbor. It got to the point that when I saw them coming I would pick Poe up and we would hightail it in the other direction. 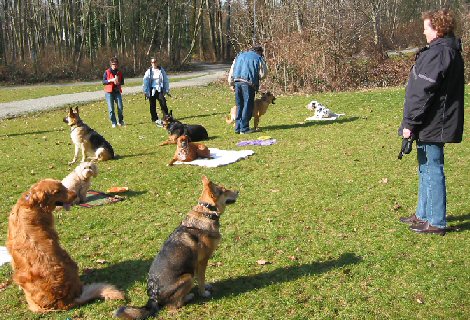 Then one day I saw the Sit Happens van on the freeway. Needless to say, the name really caught my attention. I made a mental note of Jeff’s web page address. I was desperate for some help with Poe and could identify with the tales of other dog owners in the Puppy of the Month section so I gave Jeff a call.

He came to my home and gave an impressive demonstration with his own dog. Then he spent a few minutes with Poe, applying the same technique. Poe was resistant at first, but within minutes he was wagging his tail and responding to Jeff’s commands. I couldn’t believe it.

We signed up for Jeff’s program and after only a couple of park sessions I saw a huge improvement in Poe. Going for a walk with him became an enjoyable experience for both of us. Now when we encounter the guide dog on our walks Poe quietly lets Amity pass. He is easy to control and we are both much happier as a result. 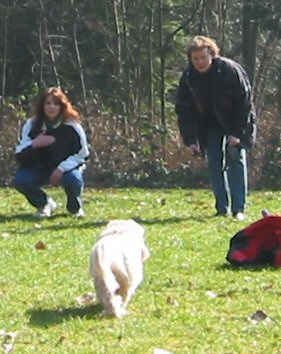 I love the flexibility of attending the park training sessions whenever it’s convenient and not being tied to a schedule. Of course, socializing with a variety of other dogs is good for Poe and he continues to make progress. 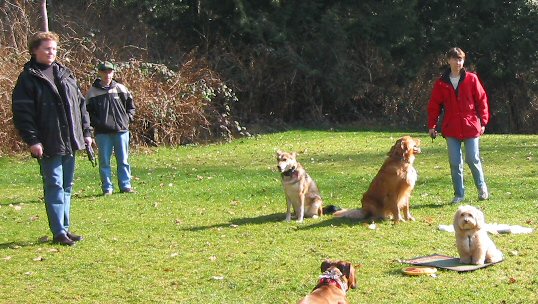 I have even had him off leash, which I never would have dreamed possible.

Where I used to think back fondly on what life was like before Poe, now I can’t imagine what life would be like without him.