Nava came into our lives about a year after we lost our beloved 16 yr old Jack Russell Tosca. A gorgeous Jack, rough (long haired) and a tricolor. She was as all terriers are, quite a handful but spunky, bright and full of mischief! We got her at 6 weeks and she quickly settled into our family.

As she matured it became obvious that she was quite stubborn and she became a ‘teenager’ she started displaying some seriously annoying and difficult traits. When we took her on a walk off leash we would struggle to get her to come back to us at the end of the walk so that we could place the leash back on. It became so bad that we always made sure that at the end of the trail there would be people who could ‘catch’ her for us!!

Luckily for us she loves people and dogs, but of course if there was nobody around it was a nightmare catching her. The last straw came when I took her to the beach for a long walk, but it was quite deserted and I had to wait three quarters of an hour before someone turned up, to help me catch her. I had taken her to a 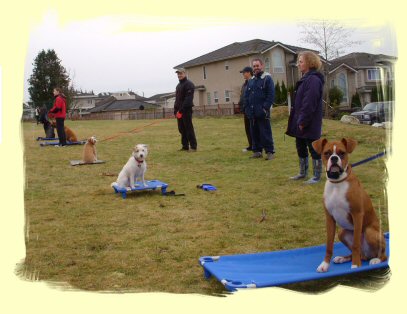 few dog training programs and the last piece of advice was to tie a long rope to her, so that when she ran past me I could grab it!!

As much as we loved her we started to think that we had bitten off more that we could chew and were at our wits end as to what to do.

Then we went out with some friends who happened to mention that their neighbors had had the same problem with their dogs, and had used a company called Sit Happens with very good results. Well, I contacted Jeff who completely understood the problem and set up an appointment for us. We met with them a couple of days later, of course Nava was her usual rambunctious self, but within 30 min of employing their technique, our dog was listening for the first time.

We were blown away, to be honest I was a little skeptical as all other training methods had failed. After spending an hour with us, Nava was finally figuring out what was required of her, obeying simple commands and the levels of frustration with us and her just evaporated.

We continued to work her with exercises prescribed by Sit Happens and things just got better and better. I remember my first walk with her off leash, not to be corny but it was a beautiful moment that when I called her back at the end of the walk she obeyed, and I slipped the leash back on with no incident.

We saw Sit Happens again for a follow up appointment and the rest is history. All of Nava’s other bad habits i.e. straining forward in front of us when walking on leash where brought under control. She became a pleasure to walk, hike, bike or whatever else we did with her. She needs a lot of exercise and for the first time we were able to satisfy her needs and quite frankly ours, as we enjoy our dog very much. She has just completed a Beginner Agility course and did very well, and we hope to carry on training with her. 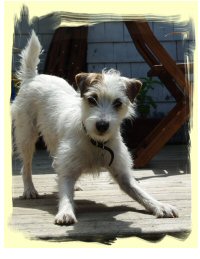 We highly recommend Sit Happens, the support and encouragement was invaluable and most importantly, it brought Nava and us closer together and we look forward to many happy years with her!!