Last year, I felt ready to get a dog for the first time. Being employed at a veterinary clinic, I felt that I could finally afford to care for a dog, both emotionally and financially. I decided to go to the SPCA and adopt a dog. It didn’t take me long before I thought I had found my great guy. He was a Great Dane X and very handsome. I knew that Danes were the “gentle giants” of the dog world, and at first, Mickey seemed to be just that. I visited him every day for a week and took him for walks. He was timid and sweet and very mellow.

And then he came home with me, and my world changed forever! It turned out that Mickey was not that meek and mellow dog I initially thought he was. It took about a week before I met the “real Mickey”, and he was CRAZY!! At first, I simply thought he had bad manners. He didn’t even know the “sit” command. He was also scared of everything. 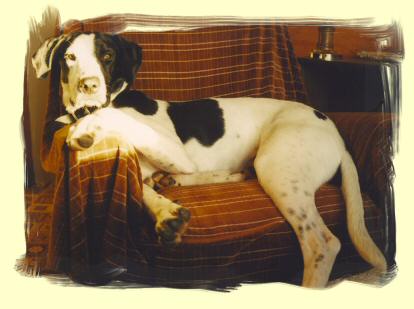 He refused to walk near busy roads, and would simply lie down and not move. He didn’t like anyone except me, and was especially not fond of men and children. He suffered from separation anxiety, and panicked whenever I left the house. I tried to convince myself that it didn’t matter that he ate the couch or the carpet…he just needed love and loyalty, and eventually he would change. I thought time would solve these problems.

Hoping that he just had a lot of energy to burn, I took him to off-leash dog parks. He did well at first, but became more defiant as time passed. It didn’t take long before he began to get aggressive toward people. He would see a man in the distance and run circles around him, barking and growling, while ignoring me completely. I was yelled at and called so many names that it had become increasingly embarrassing to go anywhere with Mickey.

When he nipped at a little boy who was saying hello to me, I was overwhelmed … and Mickey started to wear a muzzle. I tried several methods of training with Mickey and spent a lot of money. We did basic obedience. We went to agility classes because I thought he needed mental stimulation. 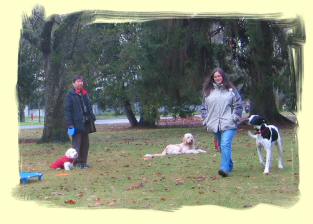 I had a trainer come to my house to work one-on-one with us. Little improved and I became more and more discouraged.

Then, I got evicted from my apartment because of Mickey’s behaviour. I thought about giving him up, finding a home for him in the country, or even taking him back to the SPCA. Mickey and I were really struggling. I knew that he was not a mean dog and most of his behaviour was fear –based, but I needed help. 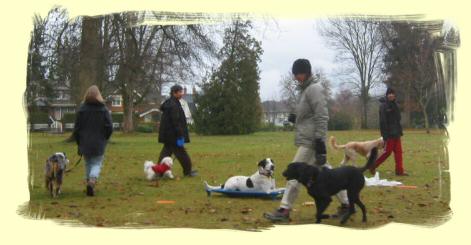 This is when I met Jeff with Sit Happens. A friend told me about his program, so I called him and explained my situation. He didn’t even hesitate to tell me that he could work with us and have success. I couldn’t believe his optimism. I thought he must be nuts, and that Mickey and I would be his first failure.

But Jeff was true to his word, and within a week, Mickey was a different dog. In those few days, Mickey was trained to come, sit, lie down, and stay in place. Not only did I get control of my dog, but I was also surprised to notice that Mickey started to change. He didn’t notice strangers in the distance anymore. Instead, he was starting to become a “people dog”, and began greeting people on the street, even men. My friends no longer dreaded coming over to my house. And almost overnight, Mickey was no longer scared of traffic. I think he actually started to trust the idea that I was boss and would take care of him … and not vice versa.

Now, I love my pooch with his neurotic and crazy personality because he is also manageable and obedient.

We are both so much happier. I think back to a year ago, and I can’t believe that he is the same dog. I sometimes force myself to remember the times when I threw myself down crying because he once again chewed up the carpet or someone at the park yelled at me to get control of my dog. It makes me really appreciate having access to such a great training program. Jeff provided me with the training tools, as well as the encouragement, that I needed. I wish I had known about Sit Happens before I wasted thousands of dollars on other programs. Today, I regularly recommend Sit Happens to fellow dog owners, including clients at the clinic. I fully believe in the program’s approach and philosophy, and know that Jeff’s methods work. Sit Happens has changed my life. 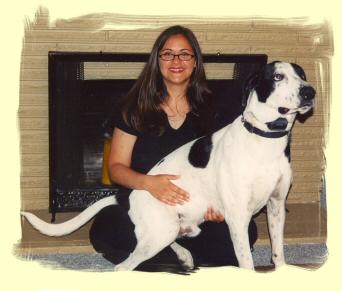 Thanks Jeff, for giving me a great dog, and making me a better dog owner.

I will be eternally grateful.