When we met Marilyn from Sit Happens for our initial consultation, there was a dog playing fetch with its owner.“That’s what we want more than anything else,” my wife said as we watched the dog chase down a tennis ball.

“We’d love to be able to play fetch with our dog, off leash, in a park – and be able to call him and for him to come running back to us.”

Marilyn looked at us and smiled: “You’ll be able to do that in less than three months.”
After our consultation, my wife and I were walking back to our car, laughing at the mere ‘suggestion’ that we’d be able to play fetch with Kodi, our 2-½ year old Labrador that wouldn’t listen to anything unless the word “food” was part of the sentence.
We had good reason to be skeptical. Kodi had taken enough classes in the past two years to earn a Masters degree: first there was puppy school, then four different trainers – and all with the same results – no change, no improvement.

We had tried in the past to play fetch. We would attach a 50 foot blue rope to his collar, throw the ball and when Kodi wouldn’t come back, we would try to grab part of the rope. That was our version of fetch.
But we were determined that Kodi would have more fun than dragging the rope or just walking with us on his leash.
Rain or shine, we attended class once a week. The trainers – Jeff and Marilyn were very supportive. During the week, we practiced every day what we learned on the weekend. This went on for two months. 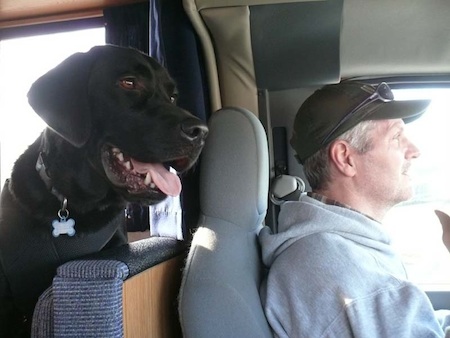 Christmas holidays came and the pack jumped into an RV and headed south down the West coast.
On Christmas morning we found ourselves walking along a beach with Kodi on his leash, looking out at the Pacific Ocean.
We turned to each other and then did what we thought was impossible just two months earlier: we unleashed Kodi.

It was a Christmas we will never forget.

We threw his yellow ring up and down the beach and each and every time Kodi brought it right back. 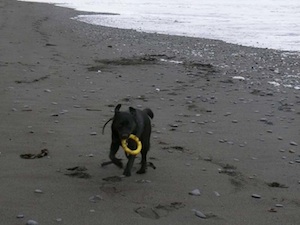 We then walked down the beach and Kodi was perfect. He’d walk a short distance from us but would quickly come to our side.

When he ventured too far, we’d call him once, and he’d immediately come running over.

His progress has been remarkable.

We only wish we hadn’t wasted all that time with the other dog trainers. 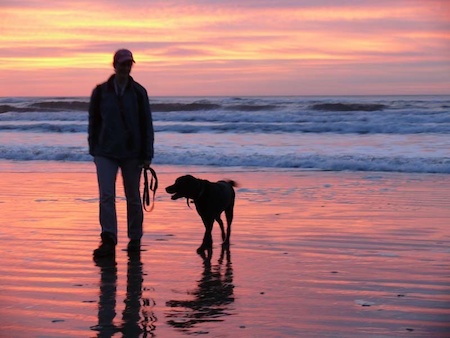