Kessie, our Bouvier, came into our lives right off a dairy farm, when she was 5 months old. My parents had a Bouvier  when I was in University, so I knew of their basic character – very smart, very loyal, and very stubborn! So my husband and I did everything we could to ensure that Kessie would adjust to us and become a loving, happy pet. We attended puppy classes and she did well with basic commands, but always pulled to get to other dogs. After formal classes, we soon found that Kessie could ‘decide’ that knowing did not translate to doing, unless she was in the mood! It quickly became impossible for me to walk her – she would not heel, but instead marched out ahead of me, lurched at birds (she actually caught one in full flight over her head), leapt at other dogs, and jumped at people whose only transgression was to look at her or say hello! My husband could walk her, but even then it was a pulling contest (around other dogs, birds, blowing leaves) instead of an enjoyable experience outside.

We tried a firm, commanding voice; we tried pulling harder on her leash (the proof is the rope burns on my hands!); we tried a pinch collar; we tried a choke chain; we tried two different trainers for private instruction….and still we did not have a family pet – and we were not having fun! Kessie’s behavior inside deteriorated too – she would bark at us and run away, or jump on me; she would attempt to ‘herd’ me by nipping at my legs or chomping on an available arm. She was not vicious, but she was becoming impossible to handle. 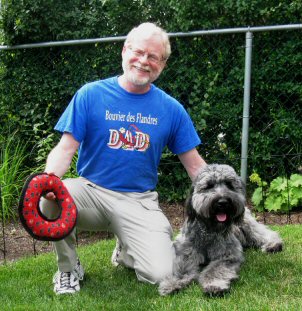 My friend, Holly, had taken her pups to Sit Happens for training in Vancouver several years ago. She referred her friend, Tanya, to Jeff as well, for her Bouvier, Makena. So when Holly realized the struggles we were having with Kessie, she suggested that I check out the website, and speak with another Bouvier Mom. Tanya was wonderful – we emailed almost daily for a over a month. Tanya said that positive results came “immediately” with Makena’s training at Sit Happens, but as I watched the videos of Puppy of the Month, I knew that Kessie could no more behave like those well mannered dogs than fly to the moon ! It was in desperation that I was finally convinced to contact Jeff to “just ask a few questions” about his training – surely there was someone in Calgary that he could recommend to help us with our dog! Well, after a long conversation, Jeff finally said to me “Come to Vancouver! In 3 days, I can train YOU…AND train your dog!” After much thought (do we love this dog so much that we would actually pack peanut butter sandwiches, drive two days, and stay in motels, all for a dog training class???), I emailed Jeff and told him that we agreed to trek out to Vancouver….however, I warned that our cheque would bounce if Kessie would not say “please and thank you” and eat with a knife and fork by the end of the weekend!!!

Our adventure started on Thursday, when we set out from Calgary with a car full of dog kibble, dog toys, dog blankets…. oh and a few breakfast muffins for us! We had a terrible drive that first day – Kessie uncharacteristically had several accidents in the car, she refused to eat, and it rained through most of the mountain drive. When Jeff met us on Friday afternoon, Kessie had not eaten for 24 hours, and she hid in the bathroom, instead of bounding out and jumping on him as she would have done at home. I was nervous and worried – Jeff was calm and reassuring….with ME!!! He explained Kessie’s behavior, and we ignored her until she finally came out to investigate the new people in the room – Jeff praised her for that, which was of course the right thing to do….while I had to be held back from attempting to ‘rescue’ Kessie from the bathroom, which would only have reinforced the wrong behavior! That was the first lesson – and it was a lesson for me!

Jeff worked with Kessie (and with us) at the motel that afternoon showing her the ‘come’ and ‘place’ commands, and she was so responsive that he took us out to a park for different distractions. There was hope! Kessie was paying attention! She was even responding to me!

Saturday morning, Jeff brought us to a training class in a park, and wanted me to have Kessie heel….hah! She did it with him, of course… but I’m the one she pulls over! Jeff was very encouraging though – he said, “Deb – what do you expect Kessie to do?” My thoughts were that at home she would bolt, or bark or jump – Jeff just looked at me and asked again…” What do you expect from Kessie? ”So I lied and gave him the answer he was looking for….“ I expect that Kessie will heel beside me!” And with fear in my heart, we started off in the field….and then I looked down and saw Kessie trotting by my side!! It wasn’t perfect, but then I wasn’t always clear giving commands, so I wasn’t perfect either!
But Jeff was right – Kessie was heeling!

But that wasn’t enough for Jeff – oh no – then I had to walk Kessie by other dogs that were sitting out in the open, just waiting to pounce! Of course that wasn’t the case – their owners had their dogs in a “place” command, where the dogs knew they were to stay put. Again the problem was me – I didn’t believe for a second that Kessie could walk by all those dogs without charging them. But with Jeff’s encouragement, I convinced my wobbly knees to move us around the other dogs….and the other dogs ignored us! More shocking, Kessie didn’t care much about them either! A simple heel – success again!! 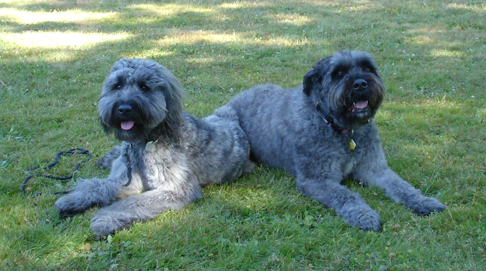 That evening Steve and I took Kessie with us to the motel lobby, where there were many people and other dogs – of course we expected her to behave (hah!)….and guess what? She behaved! Then we took her into a pet store where – yup – she behaved! We went for a walk in a beautiful park that evening – and – this must be getting boring – she behaved!! Sunday morning Jeff took us to our last class with other dogs, but this time, I had to take Kessie off her leash! Yikes! In the park! No leash! No fences! And as Jeff looked at me quivering in my shoes, I knew just what he was going to say….”What do you expect from Kessie?” So with my heart pounding, I took her off the leash and started walking….and Kessie continued to heel! She didn’t jump on me, or lurch after any of the other dogs. We actually practiced weaving in between three “placed” dogs – it was totally amazing! We had worked so hard with Kessie for 6 months with no improvement, and yet in 3 days, she was responding to clear commands with very little hesitation.

After Sunday’s class, we experienced another ‘first’. Kessie played off leash in the park with a young boxer, Cezar. The dogs were beautiful to watch, as they took turns chasing each other around the field. But even then, I was learning from Sit Happens as to how we should behave with Kessie as she played in the field – we were learning to be better
pack leaders!

Kessie slept that Sunday afternoon, all the way from Vancouver to Kamloops! We stayed at a friend’s house that night, and Kessie was responsive in a new environment, well behaved on several outside walks, and did not hesitate to happily eat her dinner!

We cannot thank Sit Happens enough for their efforts with us. We loved the transformation in Kessie in three short days, but we were also grateful for being given the opportunity to ask questions constantly the entire time we were there. And of course, Jeff has told us that he is available to us by phone or email anytime. 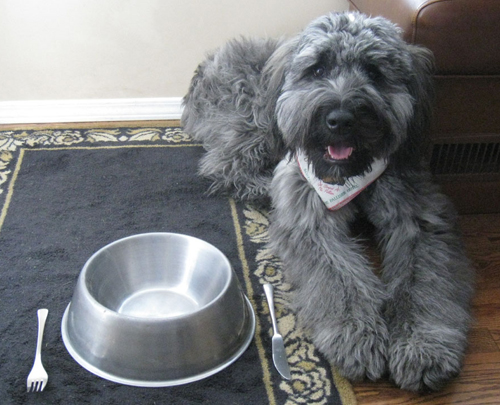 We have been home for a few days now. Kessie did try a few of her less desirable behaviors when we first got home, but in amazingly short order, she has figured out that she is no longer in charge. She responds to commands, and praising her with loving attention, instead of bribing her with treats, seems to be what she prefers!

Thank you Jeff – this past weekend was the best gift we could have given ourselves. You will be pleased to hear that we now EXPECT Kessie to be a well behaved, happy member of our family. The only problem we have now is that there are no other Sit Happens Graduates here in Calgary for Kessie to play with! Any of you B.C. dogs – c’mon over
and play – we’d welcome an opportunity to hobnob with the best mannered dogs around!

Most sincerely, and with gratitude,
Debra & Steve Perron