We got Jordan as a rescue puppy at sixteen weeks. She had been left chained outside with the new owner’s hopes of her becoming a great watchdog. Much to their disappointment, she continued to whine and the longer she was chained up, the more excited and happy she was when people came near!

By the time we got her, she suffered from high anxiety, whined and barked continuously. Constant companionship was her mission! She jumped up on everyone, barked anytime she could and refused to listen to any command if it interfered with her people socialization!

Stealing food off of any counter was a constant game for her. Walking her was not fun and a health hazard to our backs – she constantly pulled and without warning she would take off to chase a crow or squirrel. Consequently, we were tense going for a walk and so was she.

Our first attempt at training failed miserably. We immediately took her to puppy classes and completed two full sessions. We were sadly disappointed at our efforts when a daycare refused to take her because they couldn’t trust she would listen to commands – they commented that she had too strong a personality! We were told that there was nothing else a trainer could teach her and that it was us that needed to be more diligent and disciplined with her! 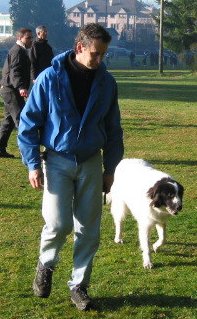 Then, Jeff came to OUR rescue! When he met with us we were immediately struck by his gentleness and way with Jordan. Very calmly he announced that everything could be corrected. Within a remarkably short time and effort on our part, Jordan has become a gentle, calm, well behaved 85 lb. puppy!

We love going to class and discovered that Jordan was ready to be off the leash long before we were! Jeff patiently worked with us and when we felt comfortable, we took that giant leap and let her off the leash during class. We are ecstatic that we now no longer have to use the leash and can count on her to listen to our commands.

We now go for fun, relaxed walks in the park. We can stop and chat with friends and their dogs, have company over to the house and not have Jordan dominate the show! Strangers will comment on what a wonderful disposition she has and they can come up to pet her without being knocked over!

We could never have experienced this without the wonderful guidance and support of Jeff. He has a gift with dogs (and their owners!). We would, without hesitation, highly recommend Jeff and his training techniques! 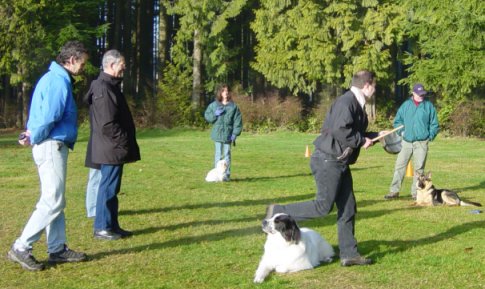