Well just like a lot of puppy of the month stories here, mine begins with,” I’ve never had a dog”. I like to go for hikes around Buntzen Lake, walk around the seawall at Stanley Park, go for a stroll on the beach at Whiterock, and always felt wouldn’t it be great to have a cool laidback dog that I could play Frisbee with, or throw a ball too go anywhere with.

Finally at the urging of my landlord, I finally decided to get a dog. I found Joey at a Shelter. A 13 month old Pomeranian/sheltie cross. When I first saw him in that kennel, it was cold and I could tell that he was scared. He would come close and then back away from me. But the people at the shelter told me not to pay any attention to that, Joey was very friendly, liked other dogs and would be great in a home with another friend, liked children although should always be supervised because he was still puppy nipping.

I would be his third owner in his short lifetime. I adopted Joey and proceeded to go directly to my landlord’s house, where 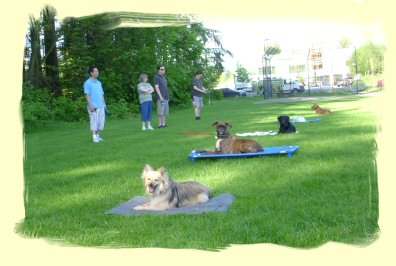 there was a pit-bull/pointer cross, two children and 3 cats. We walked into the house, their dog greeted us at the door and Joey hid behind my legs. He jumped up on my lap, tried to crawl up around my neck and just stayed there. He never left my lap and when their dog came over to us to invite Joey to play, he freaked out. Barking like crazy, snarling, growling, and baring his teeth. I figured he was just shy and everything was too new.

A couple of days later we went for a walk and we came across a puppy out for a walk. Again, Joey ran behind my legs. From a puppy!!! Even for the novice dog owner that I was I didn’t think that was normal behavior. He would bark if he heard people outside, he barked at people on the sidewalks, he barked at people in the hallway of the condo I live in, he even barked at pedestrians when we were driving somewhere. Taking Joey for walks was quickly escalating into all out guerilla warfare. Joey began to bark, snarl, spit, lunge, growl at every person, child, dog, puppy, stroller, jogger, bike, etc that was in plain sight. 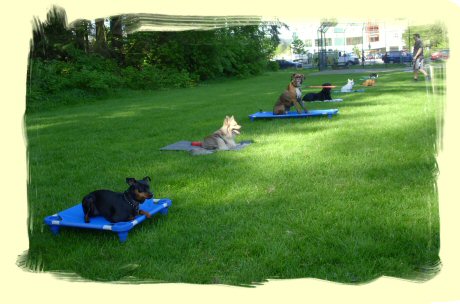 Walks were leaving both Joey and I severely traumatized. A colleague of mine offered to lend me his dog pen so that I wouldn’t have to crate Joey all day long. When he came to the door Joey did his lunge, bark, snarl, growl, routine. My friend ignored the dog, came in set up the pen and when Joey had settled down and was sniffing his pant leg, he finally crouched down to pet him. I was impressed with the way my friend seemed to know how to handle Joey.

The very next day he emailed me the link for Sit Happens and urged me to call. Well I did not take my friend’s advice and tried to go it alone for a little while longer. I went on a four day business trip. When I got back Joey was worse than when I first got him. He was urinating and defecating in my apartment, sometimes right in front of me.

His fear reached such a high level that when he was in flight mode I could be right next to him calling his name and he did not hear me. I was beginning to think I could not keep him. He was not the cool, laidback dog that I wanted and everything 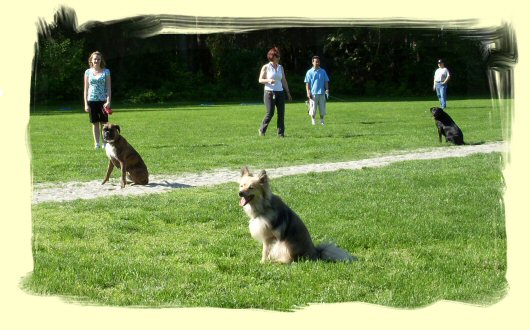 the shelter told me about him was not true. I was frustrated, exhausted and heartbroken. I did NOT want to give this little guy up. So I called Sit Happens. Jeff called me back within 30 minutes. One of the things I appreciate most about Sit Happens dog training is that they respond immediately, with great understanding, great compassion and a calm manner. 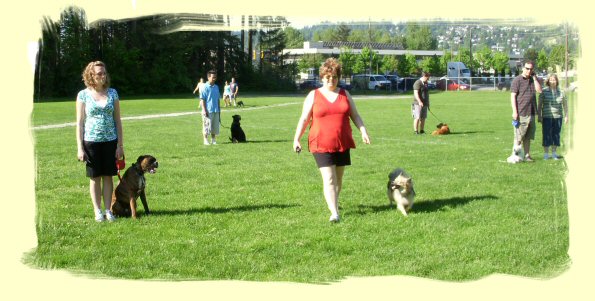 Sit Happens came over for a home visit. I felt absolutely no judgment about having such a messed up dog and the trainer seemed to bond with Joey instantly. They spent about 10 minutes with Joey outside working with him. I didn’t need to leave a deposit and think about it. We needed help and fast. Sit Happens came to my home twice and then we started classes. Joey is a smart little dog; he will get a command within his first 3 tries. 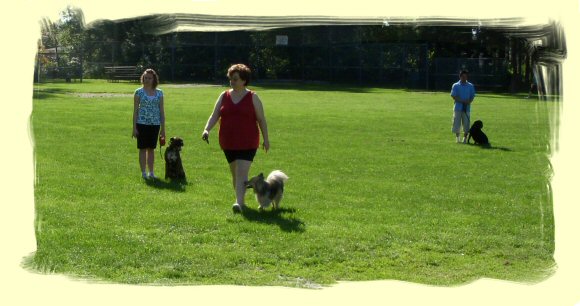 Obedience commands aren’t the struggle for us. The struggle is in everyday normal social situations. Jeff has given me excellent advice, suggestions and support on how to deal with my own fears and emotions with Joey’s social behavior as well as practical solutions. Again, Sit Happens responds immediately. I will send an email question and I get a response within 20 to 30 minutes. So now, when it is appropriate to do so, I can let Joey OFF HIS LEASH to run and play Frisbee. 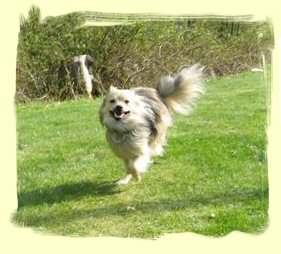 I still try to take him everywhere with me. He has stopped barking at pedestrians from the car. I live in an area with a very large dog community. People with their dogs are actually stopping to say hello and let their dog get as close to Joey as possible. One woman passed us by as she was walking her dog and said “I see you out here working with him every day and it’s making a big difference, he’s doing great.” And I don’t even know her.

But the best story is one day; out for a walk at Lafarge Lake Joey was off leash walking nicely with me. A big black lab came bounding over to meet him. Of course, Joey didn’t want to have anything to do with that so he skirted around the dog and came right back into a heel position and we continued our walk. There was no growling, barking, snarling, or baring of teeth at all. He just came right back into a heel position. As we walked away I heard the other dog’s owner say…… 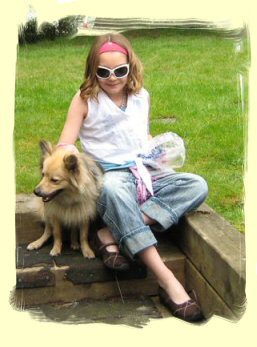 Truthfully I feel like Sit Happens saved Joey’s life and my sanity. There’s still a lot of work to do, but Jeff helped me to discover the good dog that Joey is and I love him to bits!!!

He really is a good dog.