We got our Beagle, ‘Jack’ when he was 10 weeks old. We had never owned a dog, but we have four kids and figured ‘how hard can it be’.

One of the main reasons we decided to get a dog is that as a child I was attacked by a dog and had lived in fear of dogs since that incident. I was beginning to notice that I was passing on this fear to my daughters and I did not want this for them. We did some research and decided a Beagle would suit our family as we heard that they were good with children, and very playful. Plus they were soooo cute!

So off we went to pick up our puppy. We were so excited. This was going to be so much fun! After all, look how cute he is.

Well, the cuteness lasted about 3 days. My husband would come home to find the girls running through the house with Jack nipping at their legs and me trying to catch him. The boys would close themselves up in their games room with all of their belongings, in fear that Jack would get his paws on one of their toys. It’s funny now when I think back, but at the time, I found it very disruptive to our lives and I found myself wondering if getting a dog was such a great addition after all. 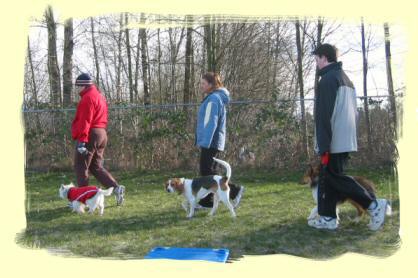 Jack spent a lot of time locked up in his crate. The barking would drive me crazy. We were not a happy family at all.

Another reason for wanting a dog is that I thought he would make a great walking or running partner. Or so I thought. Our walks usually consisted of me pulling him in one direction and Jack pulling in another. Running with him was out of the question as I had no control of him. Then one day my neighbor told me about Jeff and Sit Happens. Right away we could sense Jeff’s love of dogs. His training techniques worked instantly. We were so amazed! I couldn’t believe this was the same dog. I love being able to “Place” my dog knowing he won’t leave until I “Free” him. Everyone who meets him comments on how ‘well behaved’ he is. 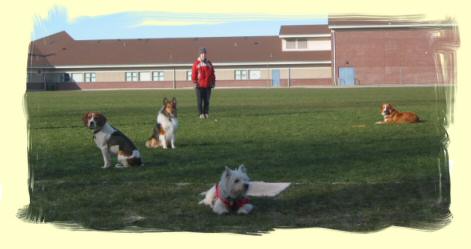 I can now confidently take Jack for walks or runs off-leash and know that he isn’t going to leave my side. He no longer jumps up on people when they come through our front door. I have my dog under control and we are all happier because of that.

My friends can’t believe the changes in my own behavior towards dogs. Being able to go to the outdoor classes with other dogs that are just as well trained as my own has given me the confidence around other dogs that I know I would not have, had I not signed on with Sit Happens.

Without Jeff’s guidance and training techniques I’m sure I would not have been able to manage owning a dog and raise a family. 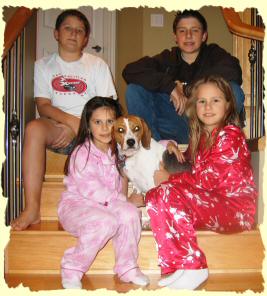 Thank you Jeff!
You are the best!