Bosco is a male Border Collie x American Eskimo. He has an outgoing attitude, almost to the point of naiveté, and is bouncy and bubbly 100% of the time. However, it wasn’t always this way.

I rescued Bosco in May of this year, when he was about 7 months old. Although I don’t know the full story of his first 7 months of life, it’s safe to say that it wasn’t the best.

When I got him he was very skinny and not exactly the healthiest or happiest dog I’d ever seen. Having had little socialization and training before immediately posed a problem; basically he was on the destructive side. He tormented my sister’s rabbit and was chasing (and sometimes catching) little critters that lived outdoors, namely birds.

His manners were poor as well, he jumped up on everybody. I was having a heck of a time trying to train him. It was months 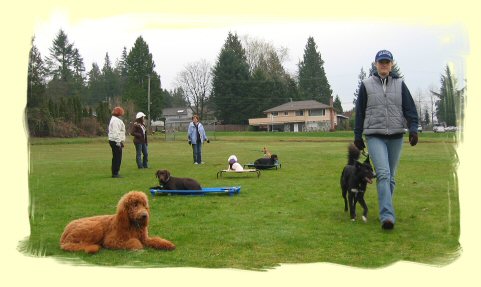 before he learned his name, and on top of that, when he became focused on something you literally had to stand in front of him for him to notice you were there anymore.

It was beginning to look like I was going to have a dog that would always have to be on a leash, and in a fenced off backyard… that was until I heard about Jeff and Sit Happens from my Aunt and Uncle who had been through the program with their dog. 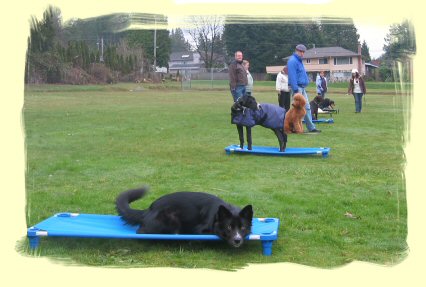 So I went to the website and asked for an at home info session. After the first in-home session I was hooked, Bosco was learning and was very happy doing it.

At the end of the first week he had stopped chewing everything in sight (except for his own toys) and after two weeks I was able to take him to training sessions and be confident that he was going to listen to me and not be distracted by everyone else who was there.

Now, 4 months later, Bosco is healthier and happier than he has ever been, and is able to be off leash at the dog park. He pays me full attention when we are out walking and I can even take him to work with me sometimes. 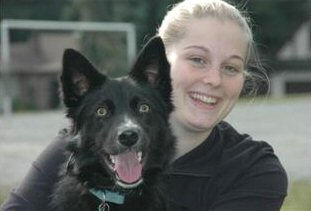 As much as I would like to take full credit for Bosco’s success, I don’t think he or I should say we, would have come this far so quickly if it hadn’t have been for the Sit Happens dog training!