I had spent months trying to convince my husband that we needed a dog, finally I won. So three years ago we spent a day traveling around the lower mainland searching SPCA’s, Petcetera’s, & city pounds. It was at our last stop of the day at the Maple Ridge SPCA, we were inquiring about one of the dogs we had seen in the kennel.

Both of us work 8 hours a day & needed a dog that was going to be OK by themselves during the day, laid back, & well lazy until we came home. The dog we had seen we were informed had been returned because it was hyper, and uncontrollable. But as we were talking with the person, there was a couple adopting the cutest boxer shepard cross. They said, “You want a lazy dog, you have to check out Wyatt’s sister, Amy. She is lazy.” So with that, we drove to the women’s house where Amy was fostered.

When I saw Amy, I was sold. Her brown eyes, her shepard ears, and the boxer body. My husband saw the look on my face and couldn’t say no. She was the one we took home. 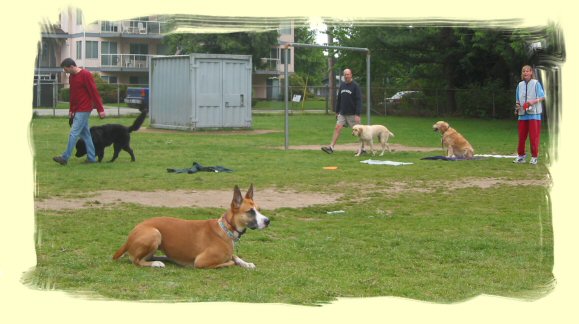 Let me tell you; Amy’s laziness was all an act. Amy was always on the go. She developed separation anxiety. Amy would cry & throw temper tantrums whenever we left her at home by herself. She would destroy pens, blankets, and even pulled up the carpet. She was also wary of people. Don’t get me wrong it wasn’t all bad. We could take her to the park & the dog park; she would have fun with other dogs. She was a great companion.

But one day she & a neighbour’s dog got into a fight. After that she felt the need to defend herself from every unknown dog. I was embarrassed to take her on walks, to parks, and to other peoples homes. When she saw another dog, she would just go crazy. People would comment on what a bad dog we had. We have one friend that she would just continually bark at for no reason. 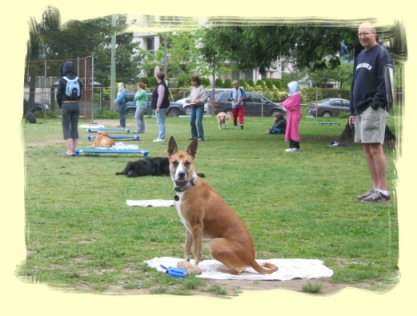 Last summer was the last straw. At this point she could still be with our friends dogs because she had grown up with them and no problems had ever occurred. I got up one morning while camping and gave both Amy & Nikita a cookie; well, Amy did not like that. She went after Nikita and pulled some of her hair out. I was so upset. Something had to be done, and I was not putting her down.

I had seen Jeff’s van around the Burnaby area and decided to give him a call. After watching Jeff with his dog, and the 5 minutes he spent with Amy. We figured, “what did we have to lose.” It was guaranteed. If we didn’t get the results we required, we could have our money back. So, we signed Amy & ourselves up. Let’s face it, not only did Amy need training, so did we!

The first class we attended I was so embarrassed. Amy was so scared she tried to bite Jeff’s shoes. But slowly she has become more sure of herself, and knows that we are there to make sure she is OK. Just the other day she was moving toward Jeff for attention. It was the greatest feeling of accomplishment. Now, that friend that she used to bark at, she cuddles with him on couch with him happily. 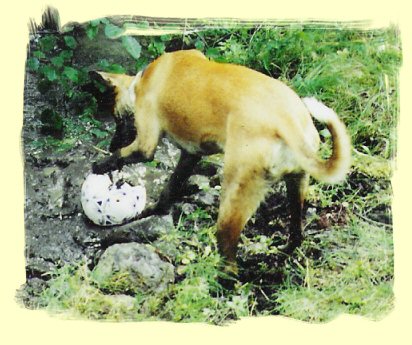 Amy has also has spent some time with the other dogs off leash, and she didn’t try to eat anyone! About a week ago, while on a walk, there were two dogs barking at us from 5 feet away and there was no where else for us to go. We had to keep walking straight past these dogs. I just kept reassuring her that she a good dog, and that she was supposed to be heeling, and you know it worked. Amy didn’t even look at the other dogs.

I always tell people now she is 10 times the dog she was. Our friends have commented about how well behaved Amy is now. In fact just the other day, the neighbour that Amy fought with their dog, asked to me, “how did you train her to walk next to you like that, without a leash?” I told her it was an excellent training program, with excellent trainers. 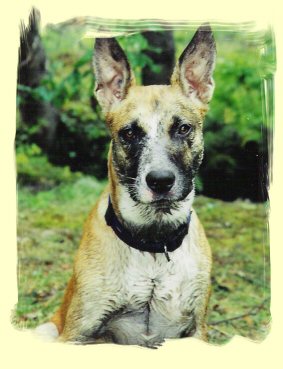 When people tell me that you can’t teach an old dog new tricks, I tell them you are wrong, you just haven’t met the right trainer.

We cannot thank you enough.