When we got Sadie from the SPCA, she was almost 2 years old, and had been through three other homes before ours. There were a variety of reasons, from allergies, to working too much, none of which were Sadie’s fault, but the result of all this change was a very anxious dog. She was great in the house but outside was a whole other story.

Every dog she saw was a threat to Sadie. She would bark and pull toward every dog she saw, big or small. She couldn’t be let off of her leash, as she would take off running, and no amount of screaming “come” or bribing her with treats would bring her back until she had worn herself out. We live in an apartment, and take Sadie for walks 4 times a day. After a year of having her, every walk became an anxiety-provoking event. 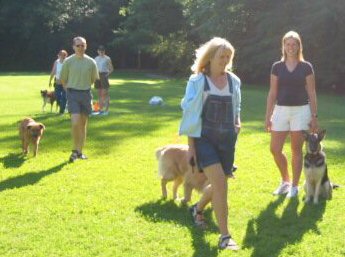 The final straw came when she started chasing after and barking at people when she was off leash. We had resigned ourselves to the fact that she would be on leash for the rest of her life, and we would just have to deal with the on-leash aggression.

We tried three different sets of traditional obedience classes. In the last set of classes, an intermediate class, Sadie excelled. She knew exactly what all of the commands meant, but she is smart. She knew that as soon as the leash came off and she was outside she could do anything she wanted and there was nothing we could do. 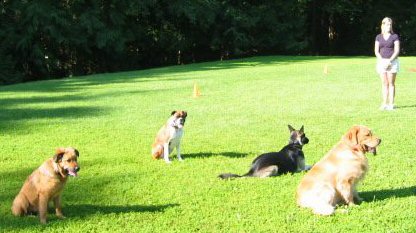 We decided to call Jeff after hearing about his program from friends. We noticed a huge difference after the first two hours Jeff spent with Sadie and us. Jeff was over in the afternoon, and by that night we let Sadie off her leash, and we have never looked back. Our walks are now leash-less and fun. Our neighbors cannot believe that she is the same dog, and ask what our secret is. Sadie now sits, heals, lies down and comes after one command every time. At the park, people are always telling us “I wish my dog was as well behaved as yours is”. It really is amazing. 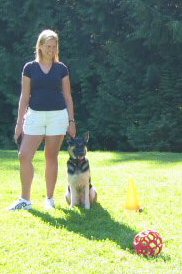 We still attend the park sessions, to brush up on commands, and so that Sadie can play with other dogs, but Sadie is now the dog we had hoped for.

Thanks, Jeff, for giving us a great dog!